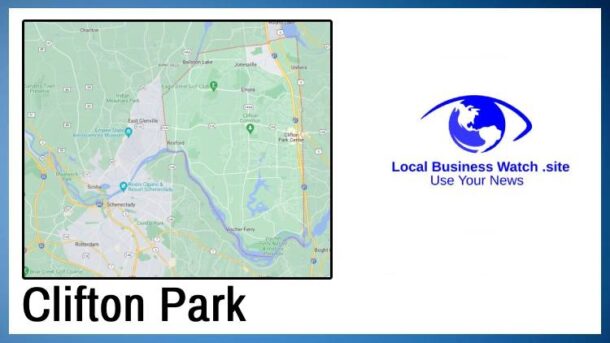 The first inhabitants of the region were Native Americans who lived along the banks of the Hudson and Mohawk Rivers. The area was called Canastigione or Corn Plains because the Mohicans and Mohawks grew corn near the Mohawk River plain. During the period of European settlement, Clifton Park shared a similar history with its neighboring town of Halfmoon. In the mid-16th century, European settlers from Albany and Schenectady moved north and established farms and homesteads in the Clifton Park and Halfmoon regions. The ferry was operated by Cornelius Claes Vandenbergh, an early settler in the region. In 1727, Nicholas Fort established a rope ferry across the river. 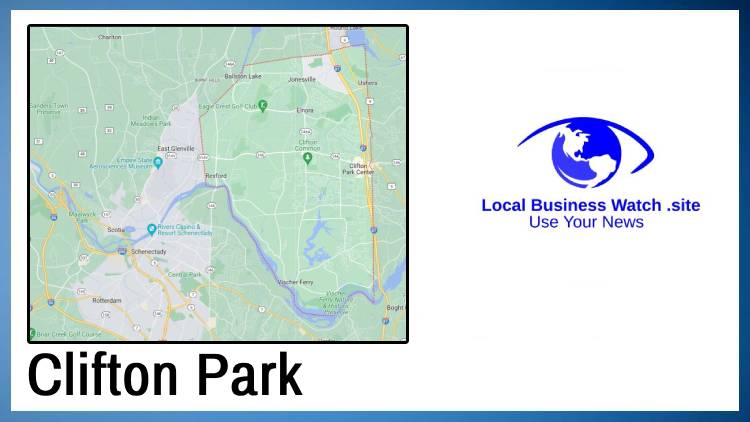 Another descendant of the Vischer family, Nanning Vischer, was a captain in the American Revolution and was buried in the Nanning Vischer Cemetery in 1813. In 1763, after the French and Indian War ended, more settlers moved to Clifton Park and Halfmoon because the farmland was promising.

Alexander Macintosh's tombstone dates to 1807 and is one of the oldest in the cemetery at the site of Grooms' former Methodist Episcopal Church. It is also called Macintosh Cemetery by some. In 1791 Halfmoon, once part of Albany County, became a Saratoga County town. In 1828 Halfmoon and Clifton Park separated, and Clifton Park retained the name of the 1708 Clifton Park Land Patent, originally granted to early land speculators. Clifton Park held its first town meeting in 1828 at Grooms Tavern.

The town of Clifton Park continued to grow even after it separated from Halfmoon County. Ephraim Stevens, Clifton Park's first town manager, operated a hotel in Stevens Corners in the 1820s. In 1825, the Erie Canal opened, boosting trade and improving access to the region and the world. The Crescent Aqueduct in Halfmoon and the Rexford Aqueduct in Clifton Park brought the Erie Canal across the Mohawk River and extended 13 miles into Saratoga County. Until the mid-20th century, Clifton Park was an agricultural town. Clifton Park's early industries included farming, dairy farms, ice making, and apple orchards. There were also sawmills and gristmills along the Mohawk River. In addition, churches of all denominations sprang up throughout the region, providing an anchor for families settling in the area. Clifton Parks villages had small one-room schoolhouses. The construction of the Adirondack Northway (I-87) in the early 1960s connected Clifton Park to the capital city of Albany and other towns in the area, making it easier for residents of this small community to get around. Clifton Park continues to be a community for all seasons, with a new chapter in its history, offering not only a vibrant business environment, but also in-town recreation, outdoor fun, apple picking, ice skating, libraries, historic sites, arts and entertainment!

Saratoga County, where Clifton Park is located, is 843.71 square miles. The population of this county is 200,635 and it is ranked 273rd among all places in the United States. Clifton Park has a total population of 38,866, of which 19,046 are male and 19,820 are female. The average age of the male population is 35.9 years and the average age of the female population is 37.5 years. There are approximately 2,619 births per year and approximately 1,402 deaths. The racial distribution of Clifton Park's population varies each year, but currently 38,427 people are of one race and 439 are of two or more races. 10,532 of Clifton Park's 38,866 residents are under the age of 20. The gender breakdown of the population aged 20 and under in Clifton Park is 5,443 males, and 5,089 females. If you have children or are under 20 years old, you are included in these statistics. For those who are older, then you will be part of the population that are 18 and over and total 29,001.Social Characteristics of Clifton Park. Of these households, 54,000 are families. The following table divides Clifton Park households into three distinct groups. Married couple families (43,915), male-headed households without a wife (2,624), and female-headed households without a husband (6,420). The remaining households in Clifton Park consist of non-family households, totaling 24,427.Clifton Park, NY moving companies help people relocate locally and globally.

For years, the U.S. has compiled statistics on the ratio of males to females age 15 and older in cities across the country, including Clifton Park. This information helps people analyze the area in which they live or to which they are moving. In the county where Clifton Park is located, there are 81,618 women age 15 and older; of these women, 17,877 have never been married, 46,732 are now married, 1,977 are separated, 7,473 are widowed, and 7,559 are divorced. For males, there are N/A males age 15 and older: N/A never married, N/A married now, 1,784 separated, 1,699 widowed, and 5,806 never married. Below you will find a lot of important information about the social characteristics of Clifton Park. If you are moving to or from Clifton Park and need a place to store your belongings, you should check out the MovingIdeas.org Clifton Park, NY self storage or storage guides quote page.

School enrollment refers to students currently attending school, both private and public. Knowing how many schools there are in a given area can help you make decisions for your children's environment and even job market.  The total population of the district, which includes Clifton Park, is 51,400 students. There were 14,334 children enrolled in daycare centers and kindergartens and 68,955 children enrolled in elementary and secondary schools. There were 10,296 enrolled in universities and colleges. Educational attainment is defined as the highest level of education completed in terms of highest grade or highest level of schooling completed. There are 156,118 employed persons age 16 and older in Clifton Park. Occupational categories in Clifton Park include management, professional, and related occupations (41,042); service occupations (13,835); sales and office occupations (27,709); agriculture, fishing, and forestry occupations (379); construction, extraction, maintenance, and repair occupations (8,228); and production, transportation, and material moving occupations (11,705). The 156,118 employed persons aged 16 and older are broken down by employee category. There are 76,463 private wage and salary workers, 19,578 government employees, and 6,586 self-employed workers. In Clifton Park, NY there are 86,701 housing units; of these housing units, approximately 78,165 are occupied and 8,536 are vacant. Housing types change over the years, but single-family homes have remained relatively constant. There are 52,537 single family homes with 1 apartment in Clifton Park. There are a total of 4,073 single-family homes with 1 unit in Clifton Park, also known as townhomes or townhouses.  There are 525 apartment units for rent under $200, 630 for rent between $200-299, 3,625 for rent between $300-499 and 15,616 for rent $500 and up.

The Friendship Church was founded in 1802 in Vischers Ferry. The Dutch Village congregation first crossed the river to worship at the Dutch Reformed Church in Niskayuna. The original church in Amity faced east and stood on the site of the present church. When the village outgrew the church in 1871, it was replaced with a larger, south-facing church that could seat 350 people. Unfortunately, the second church was destroyed by fire only 16 years later. In 1888, the sanctuary was built and still stands today. 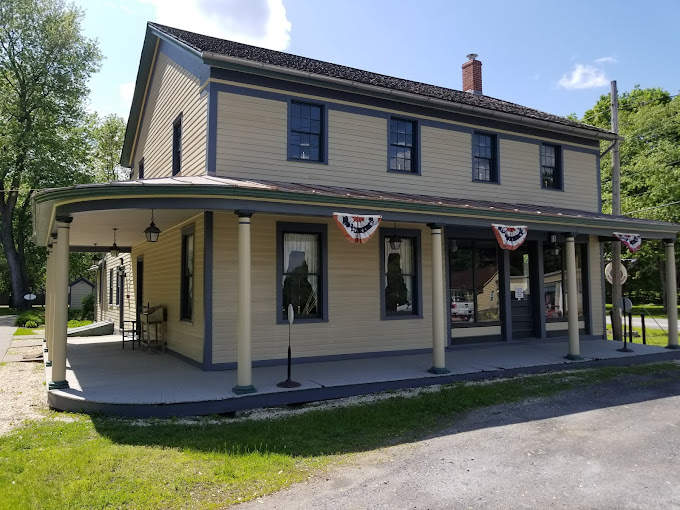 The historic Grooms Tavern has changed several times since its beginnings as a simple grocery store. Located on the southwest corner of Grooms Road and Sugar Hill Road in Clifton Park, the building was built in 1800 by Seely Blotchily and leased and managed by Albany merchant William Snyder. James Groom owned converted the building from a grocery store to a tavern in 1828 . In April 1828, the town of Clifton Park officially incorporated Groom's Tavern. Since that first town council meeting in 1828, other annual meetings were held at Grooms Tavern. James Groom served as town clerk from 1832 to 1835 and was town supervisor from 1836 to 1837. When his son Samuel Groom purchased the tavern, a wagon making shop and blacksmith shop were added to the property. From the mid-19th to the mid-20th century, Groom's Tavern was converted to a store, but also remained a popular meeting place and was regularly used for town government meetings. In December 1999, Grooms Tavern finally found a permanent owner when the Clifton Park Town Council purchased it. Since then, the Municipality has restored the first floor of the building and preserved it for the future. On April 14, 2007, Grooms Tavern reopened as a historic and cultural center.

The Clifton Park Center, formerly known as Clifton Country Mall, is a large shopping center in Clifton Park, New York. As of 2022, the mall will be populated by traditional chain Boscovs , JCPenney and Marshalls HomeGoods. The mall features 72 stores and a food court. In 2006, part of the northern section of the mall was converted into a lifestyle concept.  In August 2009, a stand-alone lifestyle building was developed.  In 2011, the original movie theater in and around the mall was replaced with a new, much larger, state-of-the-art Regal Cinema and a five-story Hilton Garden Inn.

Albany is located in the Hudson Valley, surrounded by scenic mountain ranges. The city is on the west bank of the Hudson River in the eastern part of New York State, about 150 miles (240 km) north of New York City and about 35 miles (52 km) south of Saratoga Lake.

Whether you have just moved to the area or are considering a move, Latham, NY is a great place to live, work and play. The town offers a mix of local restaurants with home-style cooking, businesses that pride themselves on being the “best place to work”, upscale luxury living, and activities for people of all ages.

Link to this post!
December 5, 2022 by Editor blog Clifton Park